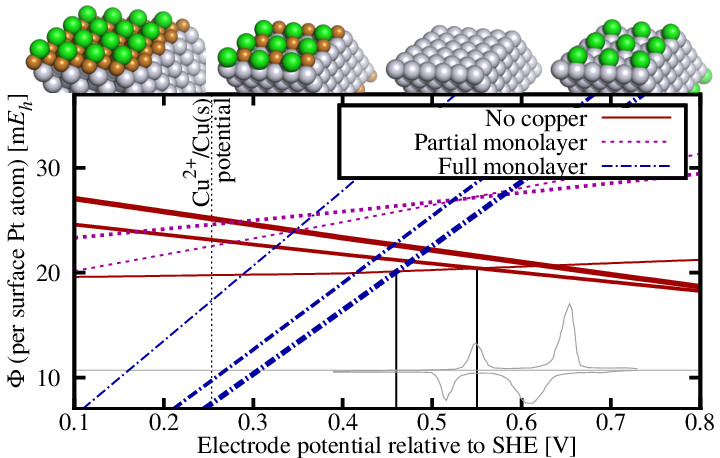 Our team spanning Cornell, Caltech and RPI has developed new algorithms to perform electronic structure calculations using DFT in the grand canonical ensemble, where the number of electrons in the quantum calculation automatically adjusts to attain a given electron chemical potential. This makes realistic treatment of electrochemical systems now possible in DFT, where describing changes in charge is critical for correctly predicting structures and reaction mechanisms. As an example, we apply this method to the underpotential deposition of copper on platinum, and resolve an old electrochemical mystery about the identity of a second voltammetric peak that appears in the presence of chloride ions.

First published in March 2017, this paper has been selected for the 2017 JCP Editors’ Choice collection .